A Short History of the Diocese of Argyll and the Isles

Our origins are imprinted on our landscape, in such names as Kilkerran in Campbeltown, Kildonan on Eigg, and Kilmory in Arisaig. The most evocative name of all is Iona, where Columba founded his monastery in 565. It was from Ireland that he came, for the sea was always our highway. His people had preceded him, settling in Dalriada. He came as an exile; his princely pride would be tempered by the ascetic life. He came as a “pilgrim of Christ,” and as such would journey far into the land of the Northern Picts.

We are the eldest daughter of the Irish Church, itself part of the rich mosaic of early Latin Christendom. Columba’s Church had its distinctive features: the primacy of monastic foundations, the Celtic tonsure, its own date of Easter, episcopal ordination by a single bishop rather than by three.  But Latin was its sacred language, lovingly written by the saint as he copied the Scriptures, even on the day of his death in 597. Columba’s successors continued the mission to the Picts, but his was not the only inspiration.

There were other saints whose foundations would help evangelise our land. For example, St. Donnan’s monastery on Eigg rivalled Iona in size and in influence. After his mission on Skye, St. Maolrubha founded Applecross and became the apostle of the north-west Highlands. But Iona would take the lead, becoming a centre of the learning so valued by Celtic Catholicism, a sanctuary for penitents, a place for the burial of kings, and the focal point for Christianity in northern Britain.

Eventually, Iona’s influence would decline, and that for two reasons. One was the movement of power to the east as the Kingdom of Scotland began to take shape. The other was the Viking attacks of the 8th and 9th centuries. These devastated the Christian communities of the Hebrides. Iona itself was sacked in 806. These invasions helped isolate the Scottish Church from the rest of Europe, the Culdee clergy preserving much of its Celtic character.

From the late 11th century, Queen Margaret and her successors drew Scotland back into mainstream Catholicism, itself undergoing a great renewal. Within a century the foundations of our present diocese would appear.

The Diocese of Argyll was established with Lismore as its episcopal seat. The Diocese of the Isles, centred on Iona, had a rather chequered beginning. From 1079, it recognised the metropolitan authority of York. In 1153, Rome made it subject to Trondheim in Norway. It was only in 1472 that the Isles joined the other dioceses of Scotland and that as a suffragan of St. Andrew’s. The role of Clan Donald in the medieval period should not be forgotten.

As well as being great patrons of Gaelic culture, the MacDonald lords supported the Church, the Cistercian Abbey of Saddell in Kintyre and the Benedictine Abbey on Iona being two of their foundations. One example of close links with Europe is found in the Clan Donald bard, Muireach Albanach, who composed a poem on his return from the crusades and from pilgrimage to Rome. The Stewart kings resented Clan Donald’s autonomy, ending their Lordship of the Isles in 1493. It was Stewart patronage that advanced the career of James Hamilton, culminating in his appointment as Bishop of Argyll in 1553. He would be the last Bishop of that diocese. He submitted to the Reformation Parliament of 1560. The See of the Isles was vacant that year, Alexander Gordon having been translated to Galloway. He, too, would go over to Protestantism. If loyalty to the ancient Faith was absent in such leaders, it certainly would be present among the people of the Highlands and Islands in the centuries that followed.

The old Gaelic priesthood died out and the people clung to at least the memory of the Faith. Our debt to the Irish missionaries of the 17th Century is incalculable: men like the Franciscan Cornelius Ward, the Vincentian Dermott Duggan and the Dominican George Fanning. Native clergy would re-appear, especially after the foundation of the seminary on Loch Morar in 1714.  By this time a Catholic bishop once again served in Scotland: Thomas Nicolson, appointed Vicar Apostolic in 1694.  During his visitation of the Highlands and Islands in 1700 he confirmed 3000 of the Faithful! The establishment of a Highland Vicariate in 1731 ensured a succession of Gaelic-speaking bishops. There were stormy times ahead, the aftermath of Culloden among them.

The Highland seminary moved from place to place, providing students for the colleges abroad. Those returning from Paris were accused of Jansenism, a useless and outdated controversy when so many priests endured a poverty unknown among the Lowland clergy.  The Clearances, followed by the Potato Famine of 1848, accelerated the rate of emigration, planting Gaelic Catholicism in distant lands. At home, the endurance of the Faithful was at last rewarded when in 1878 the two ancient dioceses were restored as the one Diocese of Argyll and the Isles. 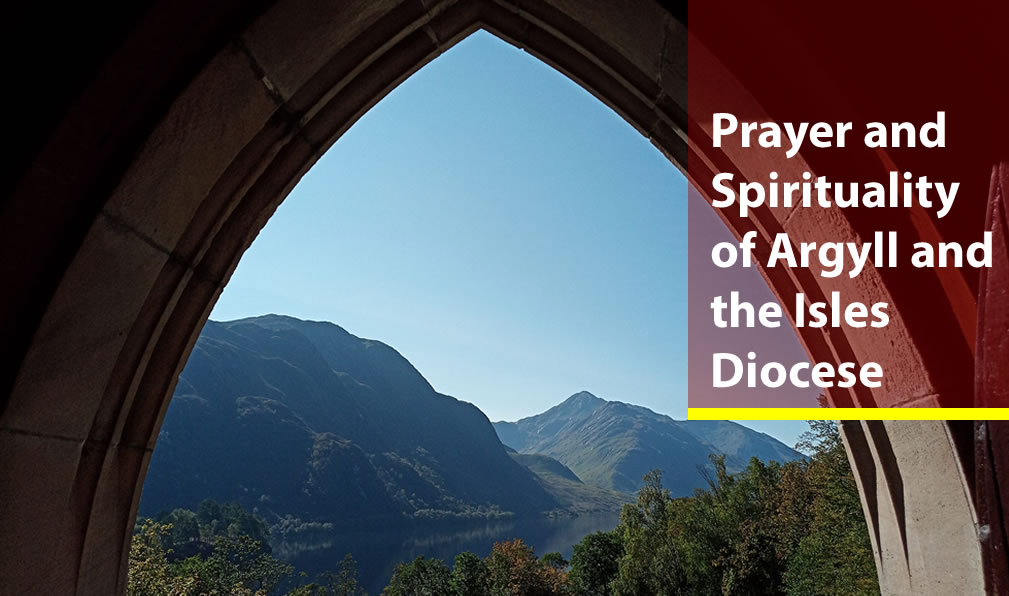