Today we celebrate the feast of St Josephine Bakhita, the Patron Saint of the Santa Marta Group. Stolen as a child in Sudan she was sold as a slave and horribly mistreated until she won her freedom in Italy. After being shown kindness by nuns she came to believe in Christ, was baptised and joined the convent where she died in 1947. In 2000 Pope Saint John Paul II canonised her.

Today around 40 million people are victims of modern slavery, including an estimated 130,00 in Britain. Worldwide profits from human trafficking are $32million per year. In 2014 Catholic bishops and law enforcement agencies from around the world met at Santa Marta in the Vatican and pledged to work together against this evil crime. Bishop Brian has participated in Santa Marta Conferences three times. The global co-operation between Church and law officials, including Police Scotland, has born much fruit. To find out more and how you can help defeat modern slavery visit https://santamartagroup.com/ 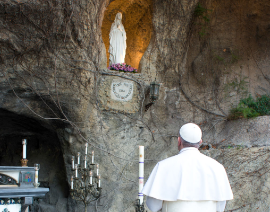 From the Congregation for the promotion of the New Evangelisation 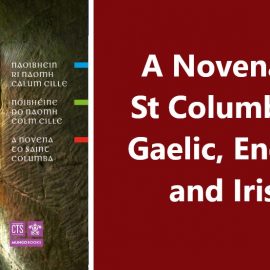 A Novena to St Columba in Gaelic, English and Irish composed by Fr Ross Crichton